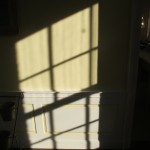 read Acts 9 .  Conversion stories draw us in.  Did the convert hear deep voices, dream of skinny cows or see neon rainbows? Did he give away his Porsche?  Did she sign on the dotted line at the nearest nunnery?  Conversions, like snowflakes, fall upon each person in unique patterns etched in glory.  What strikes me as the common denominator is not who gets converted, but who doesn’t.  There are common factors that block all of us from converting to Christianity.  I know not everyone reading this even believes in God yet, but that’s exactly my point – if we don’t, why don’t we?

Perhaps the best place to start is the road to Damascus conversion story.  It’s the dramatic, iconic conversion story that many people know.  A devout Jew named Saul is heading down the road to Damascus, muttering curses under his breath, his pockets stuffed with arrest warrants to drag any Christian he can find to Jerusalem in chains.  Suddenly, a voice calls to him from heaven:  “Saul, Saul.”  Light rains down from the sky.  Everyone around Saul falls to the ground.  The voice asks Saul why he’s persecuting Him.  Saul says, “Lord, who are you?”  I love that response.  Saul knows the voice is His Lord – but he doesn’t know WHO His Lord is.  Jesus tells him He is Jesus, the one he’s persecuting, and says it’s dangerous for Saul to keep kicking against the goads.  Saul can’t see, eat or drink.  When the scales fall from Saul’s eyes three days later, he’s a changed man.  He has a new name, a new mission, new friends – and the persecutor joins the ranks of the very people he’d been persecuting.  And that is the birth of Saint Paul the apostle.

Embedded in the road to Damascus story are five hints of what hold us back from faith.  The story suggests that maybe the biggest thing blocking us isn’t our unbelief, but something else – perhaps even our deepest need  -masquerading as doubt.

The first thing that holds many of us back is hate.  “But I don’t hate anyone,” is our gut response to that assertion.  Really?  Think about it.  Isn’t there somebody out there who’s done each of us wrong?  Aren’t there people who’ve done other people wrong?  Isn’t there some little cockroach of a person who doesn’t deserve space on this planet?  Isn’t there someone violating God’s laws – or at least, universal Laws that we all hold dear?  And, here’s the kicker, doesn’t the world need US to maintain our passionate hatred of that person in order to contain them and their misguided or downright evil ways?  What would happen if we were to let go of our hatred?  Who would stop that person?  Who would insist that they were in the wrong?  Who … beside, perhaps, the very God who made them in the first place.  Because what if our hatred, like Saul’s, is misguided?  What if the real enemy is the hatred itself – and the accompanying pride, the part of each of us that thinks we know best?  What if – and this is supposed to be a liberating thought – what if only God knows best how to handle people – starting with us most of all?

Second, what can block us from converting is something that looks like love.  What if we love people who don’t believe in God?  Saul, for instance, was a devout Jew who thought of himself as an example for all.  Like him, what if we were to convert – where would that leave our loved ones who don’t believe? We feel guilty at the thought of converting, as if we would be somehow abandoning them.  It’s actually our pride, not love, then that thinks we have to reject love in order to help others.  It comes from the ridiculous idea that we’re the only one who can help other people.  What if – and this is the same liberating thought – God knows best how to handle other people?  What if we don’t really have a clue how to help other people? And what if the same God who woos each of us, is wooing everyone else – in the way only God knows best?  What if God invites us to let go of the people we love and trust Him to handle them best?

A third factor is guilt.   What if we’ve hurt other people (and we all have), and we feel guilty about it.  Saul, for instance, has already egged on the murder of Saint Stephen, and persecuted other Christians.  Our guilt can make us resist God’s call, because we think it would be “unfair” for us to shoot up heavenward before them.  After all, if we’ve hurt them or let them down, we don’t deserve to go to heaven before them.  But that kind of thinking stems from the misguided idea that ANY of us deserve to go to heaven.  In fact, no one deserves heaven.  We go to heaven because God Himself paid the price for our faults on the cross.  God beckons each of us not because we earned His love, but because His justice was satisfied by placing the sins of us all on Christ.  He issues the same merciful invitation to all – even people we’ve hurt.  It’s based not on our achievements, but His.  Thinking we have to hold back because of people we’ve hurt is another form of pride.  We can trust God to know best how to handle the people we’ve hurt, too.

The fourth thing that can block us from conversion is fear of the cost.  We fear that if there’s a God, He’ll ask too much.  It’s true that the first thing Paul is taught after his conversion here is how much he will “suffer.”  The word suffer makes us shiver down to the marrow.  But God never explains the suffering of Christ (as opposed to the suffering involved in living on this planet) until He’s first brought us the unimaginable joy of knowing Christ. That’s because we couldn’t understand.  Paul is embraced by light and Jesus and love before he learns anything about the cost.  Because even the cost is sweet when it’s wrapped in Christ.  So what if we’re afraid of the wrong thing?  What if we’re afraid to abandon the hopelessness and despair of a life based on the circumstances of our lives, in exchange for the joy, peace and productivity of a life lived in union with the God of love who we can trust to bring good out of bad?

Finally, perhaps the biggest thing that blocks us from conversion is our feeling that we’re unloved.  Perhaps we tell ourselves we don’t want it because we’re afraid we can’t have it.  Saul, for instance, was “trembling and astonished” when Jesus spoke to him.  It strikes me that Saul was astonished not that the God he was persecuting would speak to him, but that the very God he’d been trying to SERVE his whole devout life would speak to him.  He describes himself elsewhere as the most zealous Jew of all the Jews.  He’d spent his whole life trying as hard as he possibly could to be good by following every rule there ever was, and then some.  And if you’ve ever tried to do this, you know it’s doomed.  You know that trying to be good and follow all the rules, does nothing but make us humans anxious.  It’s an inherently insecure way.  No matter how hard we try, we will always fail – and so we’re always anxious.  That’s why I think Saul was touched to the core that God cared so much about him that he would urge him off the dangerous road.  Perhaps we’re all afraid to believe unfailing love exists, because we worry that it might be there for everyone else – except us.

God goads us on the right path by trying to assuage all of our resistances to conversion – by whispering to, imploring, singing to and encouraging each of us about His love.  He knows it’s as dangerous for us to ignore His message of love as it was for Saul.  He knows that most of the sins of the world are committed by people who feel unloved and lash out because of it.  That’s why He allowed us to lash out at Him instead.  God Himself fell to the ground, carrying the weight of a cross too heavy for any human to bear.  God Himself trembled.  God Himself was bound in chains.  God was persecuted.  God was innocent of any crime and yet punished for the crimes of us all.

So what do we have to lose by converting except pride, fear, guilt, futile efforts to help others, bad habits and the feeling that we’re unloved?  What do we have to gain except being “made whole”?  God is love.  How can He do anything else but love us?

That is the truth to which each of us longs to be converted.  And each of us will be converted in a unique way – on different roads – with different people who believe we’ve changed and people who don’t – in whispers and sighs or in thunder and lightning bolts.  But the common denominator will be the river of Love.  Because no one can be converted without stepping into the river – and it’s the same river for all.  Maybe that is the biggest stumbling block of all.

But the river that calls us is powerfully cleansing, and the view on the other side is bursting with light.  And who knows – maybe if we step in alongside the people we think we hate, we’ll find ourselves brimming over with so much love for them that we can hardly even stand it – and we’ll find that loving them was the thing we wanted most of all, all along.  It’s the kind of river where we’ll see the people we hurt twirling as they wade in alone upstream.  We’ll see people who rejected us walking hand in hand with their new loves, and we’ll be happy for them.  We’ll see our children lobbing baseballs over to test what’s on the other side – and watch as golden balls are hurled back, the way runners coasting downhill will high five the person struggling uphill – because they know what’s waiting for them on the other side.

by Caroline Coleman in “A Chapter a Day.”  carolinecolemanbooks.com on October 16, 2012