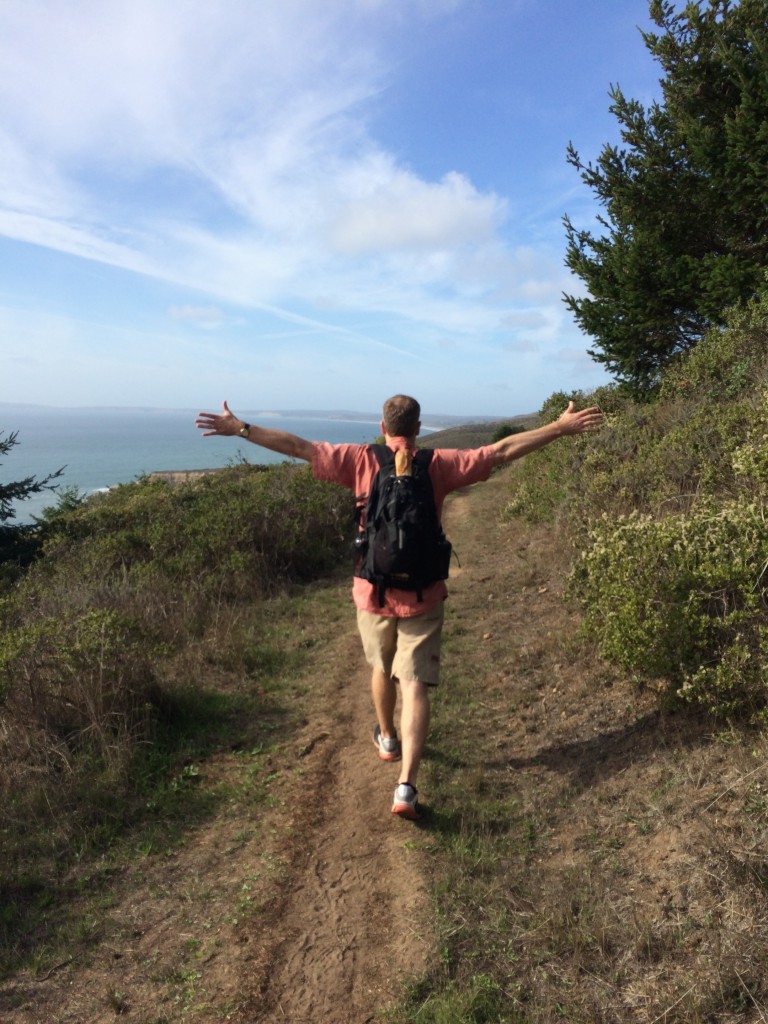 read Galations 1.   “He used often to say there was only one Road; that it was like a great river; its springs were at every doorstep, and every path was its tributary.”  THE LORD OF THE RINGS.

I love the idea that from the moment we wake up we have embarked on a journey.  I love the idea that there’s “only one Road” that every one of us is on.  It makes us feel our own life is part of one great adventure.  It lifts our spirits to think that we are all in some profound sense sharing a journey.  But to where?  And with whom?

Frodo tells us that Bilbo also told him:   ‘It’s a dangerous business, Frodo, going out of your door,’ he used to say.  ‘You step into the Road, and if you don’t keep your feet, there is no knowing where you might be swept off to.  Do you realize that this is the very path that goes through Mirkwood, and that if you let it, it might take you to the Lonely Mountain or even further and to worse places?'”

There is something so evocative about the imagery of a road.  It has a sense of possibility, of there being a path to the lonely mountain but also a path to joy.  Are they the same path?  Does one sometimes lead to the other?  We know a lot of people go from loneliness to bitterness and don’t seem to move on. How can we get on the road that leads us through loneliness and suffering…  and on to joy and feasting?

We often think of our lives as journeys, even when we’re confined to sick beds.  We know that sometimes we walk alone on the road.  Sometimes, and for a time, people join us.  But there is in this world an inexorable sense of time marching on, and of a beginning, middle and end to things.  So how do we find this one road – or does it find us?

Many people have a sense of hearing a voice telling us to stay on the road.  We all need the voice because so often we stray.  We take short cuts.  We creep off the road.  Sometimes we bound off.  Then we feel miserable.  We have to creep back on, our tail between our legs.  So where does this voice of wisdom come from?

The voice telling us to stay on the Road happens to be biblical:  “Right behind you a voice will say, ‘This is the way you should go,’ whether to the right or to the left.'”  Isaiah 30:21.

The Bible is full of road metaphors.  But is it a road of rules?  Or is instead something profoundly different?  Tolkien was a Christian.  So what is this One Road that Tolkien alludes to?  What is the Way that the Lord is telling us to go in Isiah?  Is it really the same Road for all of us?  Is it a road of suffering?  Is it the road paved with good intentions?  Is it a paved road or dirt?  Is it wide, white and easy, or rocky and steep?

The good news is that according to the Bible the One Road is Jesus.  He said He is the Way.  He also said He is also the Gate. He is the way in, and he is the way through, and he is the destination.  He is the road. He is everything we need, and He even takes us where we need to go. He is available to everyone and anyone who is willing to admit they can’t get to heaven by themselves.

That’s why Jesus also said he is the stairway to heaven.  We “get” to heaven by “climbing” up the rungs of his body.  That is another way of saying that we climb to heaven by being flown there by God himself.  We don’t climb through our own effort, as every other religion claims.  Christianity is the only religion that tells us that we can do nothing to get to heaven except accept that .. we can do nothing to get to heaven.  We don’t have to prove ourselves.  We can “lay our deadly doing down,” as a hymn puts it.  Instead, we can accept that Jesus died to make us whole.  His loving way of lifting us to heaven by His sacrifice rather than our works, makes us like little children who think we’re swimming for the first time, not realizing our fathers are lifting us up in the water because we can’t even float.

The road we walk to heaven is one of grace.  The way to heaven is grace.  The way to stay on that road is grace.  Grace is the gate, the door, the ladder, the road.  Grace is God’s undeserved favor to us.  Gal. 1:15.   Grace is a revelation.  It doesn’t even make sense to us.  It’s divinely revealed.  That’s why Paul says here that there is only one Good News, and that the Good News “is not based on mere human reasoning.”  Gal. 1:11.  Who among us would think that a perfect God would die for us imperfect humans? It doesn’t make sense…. until it makes perfect sense because God awakens in us an understanding of the depth of His love.

To understand the cross is to accept that we are imperfect.  And to admit our imperfection is also to accept that there is divine standard of right and wrong.  We all know there is right and wrong, even though sometimes we would like to confuse the two.  God wrote His rules on our hearts.  It’s what we call a conscience.  We rejoice when right prevails.  We are sad when bad people win.  We know in our hearts that badness must be punished.  Anyone who claims “truth is relative” starts to squeal like a stuck pig when their own personal pet peeves are jeopardized – whether its the rights of indigenous people in oil rich countries, the spoiling of the environment, or the escape of a convicted rapist.  And God effectively says to us through Christ: leave the judging to me.  You can lay down your pretense of being perfect and go join the party instead.

Jesus took the long road.  Our road is short.

It’s as short as a prayer.

As long as forever.

posted by Caroline Coleman in A Chapter a Day on November 18, 2014.  With thanks to my model (and husband) for throwing out his arms as we were taking the One Road past Point Reyes, California…