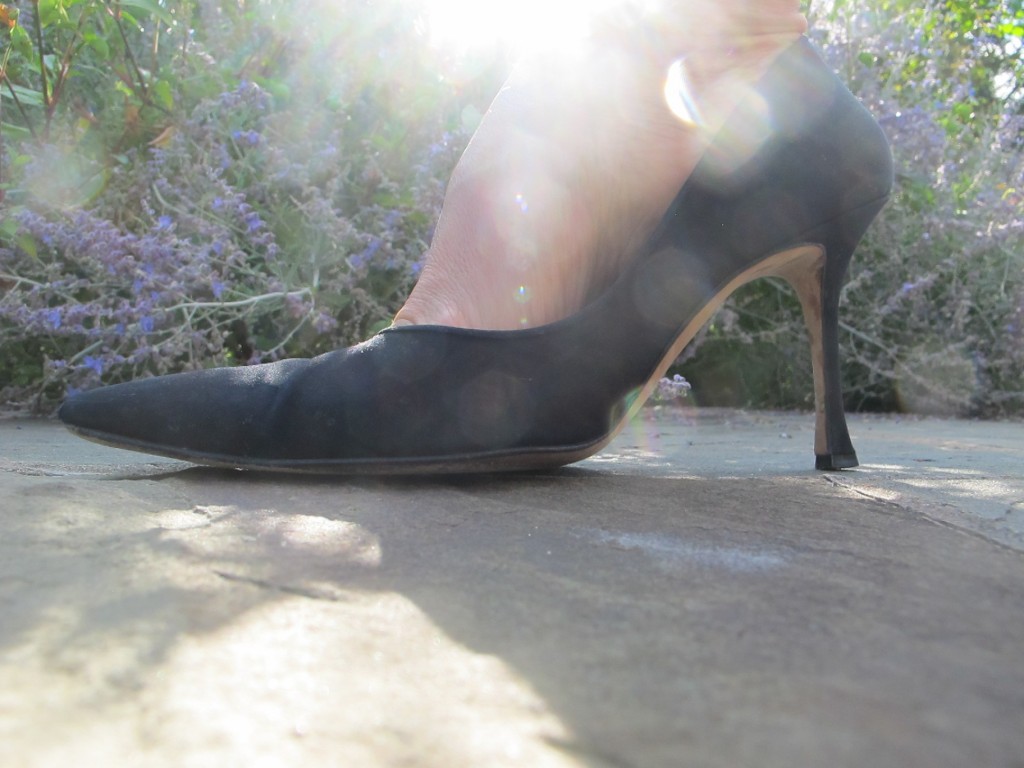 read Acts 16.  I don’t know about you, but if I have ten minutes in an airport bookstore, I will open every novel I can find and read the first sentence.  You can tell a lot from first sentences.  They’re inspiring.  They open the imagination.  They make you wonder about what’s coming next.  They make you want to turn the page.

Last sentences, however, are another matter.  Writers seem to find it hard to end fiction well.  While I love compilations that claim to provide the 100 best first sentences of novels, I cringe at compilations claiming to give the 100 best last sentences.  If you look at the american book reviews link, for instance, you’ll find a lot of authors ending their books with an overt reference to the fact that they’re ending their books: a cop-out.  Like, Okay.  I know you’re ending your book.  You’re saying good-bye.  You don’t want to.  And you’re not sure how.  But please stop making me conscious of it.  I want your art to be un-selfconscious.  Isn’t that why I’m reading you?  Don’t I want to lose myself? So please don’t remind me I’m just reading a novel.  I want my fiction to remain fiction.  I want it to transport me into another world that is so beautifully imagined it feels true.

I know many a scholar would claim these are genius finishes, flouting tradition, breaking open the novel and revealing its guts – but to me, as a writer, they smell of guts.  They reveal the inner workings of the novelist because that same novelist has reached a fork in the road–then turned and heaved a pitchfork back at their reader in frustration.

One of the problems, I think, is a fear of redemption.  Some think literary fiction must stay dark.  It cannot have an uptick.  There can be no purpose for the drear of the story.  And so it can’t move past its beginning.  A novel based upon the morality that everything sucks and p.s. everything sucks, has nowhere else to go. It either has to end where it started; end with things worse than where it started; or not end at all (which is what is happening when a novel ends by telling you it’s ending).

While in a previous post I extolled a recent New Yorker story by David Gilbert called Member Guest, I neglected to mention that for me the ending of this beautifully written story falls a little flat. The problem of the ending goes deeper than just a failure of gender imagination.  The problem is that by resisting redemption, it flies in the face of human desire.  It flies in the face of our longing for Eden.  It flies in the face of what we all deep down know to be true: this life is not all there is.  There is a purpose to our suffering.  There is a divine destiny at work.  There is a divinity that cares that weaves all woe into wonder.  There is redemption. That’s a long way of saying that there is a God who promises to bring good out of bad. Romans 8:28.

There are many ways to get that message across in fiction.  You can do it in a subtle way.  That’s called literary fiction.  Or you can bludgeon your reader to death with it.  That’s called lowbrow fiction (the brow being low because of said bludgeon).  It’s a difference between good writing and bad.  It’s not a difference between literary and commercial, however.  Great literary fiction must have at least a kind of redemption.  It’s inescapable. Why?  Because the best literary novels are true.  They’re true in a fundamental sense.  They speak truth. That’s why there are lots of articles about how literary fiction is good for you.  They bring forth for the reader truths about the human existence of which the reader was only dimly aware.  They bring hidden things to the surface.  They do it well.

The new Bond movie, for instance, is clumsy.  The camera closes in on a hunting knife, and you know, beyond a shadow of doubt, that the arch villain will end up with the knife in his back.  The biggest ouch is not therefore when the knife cleaves the villain’s back, but when the knife is first introduced.  The pain comes when the viewer sees the clumsiness of the moviemakers. Chekhov said (although it is open to debate whether he actually ever said it) that if a rifle is hanging over the mantle in the first act, it needs to go off by the end of the third act.  Chekhov didn’t say that the writer needs her characters to discuss that rifle.

“I said, look at that hunting rifle hanging over the mantlepiece.  That thing hasn’t been used in years.  Wonder if it still works?”

Chekhov said to let the rifle merely hang there.  Dangle it.  Foreshadowing is called fore-shadowing not fore-clubbing. A writer shouldn’t hit her reader over the head with hints of what she will do.  That’s the difference between good writing and bad.  But all writing needs foreshadowing, I think: by which I mean a setting up of what is to come.

The same is true of redemption.  The American book review link above includes the last sentence of Jane Austen’s novel Emma in its list of 100 best last lines: “But, in spite of these deficiencies, the wishes, the hopes, the confidence, the predictions of the small band of true friends who witnessed the ceremony, were fully answered in the perfect happiness of the union.” –Jane Austen, Emma (1816).

Personally, I would never have included that sentence in a list of best last sentences.  Despite the hint of irony never far away in Austen which the almost rescues the sentence, it’s boring.  But then I like hardly any of the last sentences on that particular list. But the reason I don’t like that sentence is the same as the reason literary mavens think they don’t like redemption.  For anyone in fiction to talk of the perfect happiness of anyone isn’t true.  No one is perfectly happy, not for long.  But that doesn’t mean redemption isn’t true.  It just means that you have to be careful, nuanced and honest when you talk about redemption.

So what is redemption?  What is happiness?  What is joy?

The thing is, you can talk yourself into perfect happiness if you use the language of faith.  You can remind yourself to count your blessings.  You can be thankful.  You can trust God in the bad and the good.  Doing this works.  It changes everything.  It IS redemptive.  It is truth, too, because it’s based on faith that Christ on the cross took all the bad on himself and left us with good.  He took the hunting knife in His back, so we could walk free.  It’s based on believing with all our heart that everything sad will come untrue, as my pastor and best-selling author Tim Keller puts it.  It’s based on believing in heaven, and the redemption of Eden, and all things being made new.

So perfect happiness here now is true and it isn’t.  It’s true if we reframe our experience.  It’s true if we look at our lives through the prism of faith.  But it’s also not true, because bad things do happen. God promises to work “all things” together for good for those who believe.  He doesn’t call all things good.  Rape, murder, hate and estrangement do happen.  Innocent people suffer.  See Acts 16:19, 23.  Bad things happen a lot. And they’re bad.  But ultimately we get through those things with God at our sides, holding our hands, whispering to us that it’s alright, everything’s going to be okay, he’s going to make it all work out in the end, we’ll see.

But we have to trust Him.  It means that on this earth, if we’re listening to Him, he will close some doors and open others, and we’re not sure why.  Acts 16:7, 9 and 31. It means we may suffer even when we’re innocent; but if we trust God in our trials, we might find that we’re there to help someone else.  Paul, for instance, gets beaten and thrown in prison for healing a slave girl – and the jailer and his whole household end up being saved.  Acts 16:30-33.  That’s good coming out of bad.  But the beating and the jail are still bad.  So the redemption of the jailer is only part of the good.  In this true story, Paul is the Christ figure, the innocent one who suffers to save someone else.

The full good that is being worked out is the love of Christ. It’s the relationship that we can all have with God.  In the safety of that relationship, everything is made beautiful.

That’s redemption.  That’s good coming out of bad.  It’s truth.  It’s powerful.  It’s real.  It’s poignant.  It’s what we long for.  More than that, it’s what we were made to long for.

And here is one last sentence from that list: “He waited for someone to tell him who to be next.” –Brian Evenson, The Open Curtain (2006).

We are all waiting for someone to tell us who to be next.  There’s sorrow in that sentence.  It’s poignant.  We’re all so malleable.  We’re bowing at an unknown altar, waiting for other humans to give us shape.

And yet there’s also hope in that sentiment if we see it through the lens of Christ’s love.  God is telling us that the next person he wants us to be is the hero.  He wants us to know we’re loved beyond our wildest dreams.  He wants us to know His love.  He wants us to believe that union with Him gives us the peace and joy we’ve always wanted and never known how to find.  He wants us to live our lives out loud, as if we are answerable to Him, and Him alone – which we are.  Hebrews 4.  We are answerable to the One who loves us, who made us for Him, who made us for a relationship with Him, and who has redeemed our every mistake by taking the punishment on himself so we can live in victory.  That’s so literary it’s breathtaking.  And if every writer wrote from that place, we would all be sitting around reading novels until kingdom come.

posted by Caroline Coleman in carolinecolemanbooks.com in A Chapter a Day, my blog on Scripture, literature, life and love on November 12, 2012