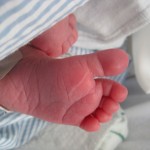 read Mark 5.  How do we have faith to believe that God can do the impossible?

The fifth chapter of Mark suggests that the faith comes from our need.  The more we need something that we can’t do ourselves, the more willing we are to turn to God for help.  That is why we can start to treat the challenges in our lives as something for which we be grateful instead of resentful.

In Mark 5, Jesus heals a madman, a bleeding woman, and a dead girl.  The common link in all three events is that they were conditions that no one else could touch.  Mark says of the madman who lives among the tombs: “No one was strong enough to subdue him.”  Mark tells us that no doctor could heal the woman who was bleeding:  “She had suffered a great deal from many doctors, and over the years she had spent everything she had to pay them, but she had gotten no better.  In fact, she had gotten worse.”   She had spent everything she had.  The crowd “laughed” at Jesus when he said he would heal the 12 year old girl, because they said she had died.  No one could restrain the madman, stop the flow of blood, or raise someone from the dead.

Jesus heals all three people, but it costs him something every time.

Jesus heals the madman, in a fascinating dramatic scene that involved sending the legions of demons into a herd of 2,000 pigs – whereupon the pigs plunge down a steep hillside into the lake and drown.  The demons make the man violent.  They make the man hurt himself: in his madness he wandered among the tombs “howling and cutting himself with sharp stones.” v. 5.  The powers of darkness apparently cause us to live among the dead, to hurt ourselves, and to alienate others.  When Jesus tells the demons to come out of the man, they beg Jesus not to “torture” them.  The powers of darkness experience Jesus’ healing as torture; we, too, sometimes feel God is “torturing” us at the very time he’s trying to heal us.  Like small children being dragged away from a hot stove, we complain when God is helping us.  The demons beg Jesus to send them into the pigs, and for reasons we don’t know, Jesus complies.  The crowd’s reaction is strange.  Instead of being thankful that the madman has become sane, they plead “with Jesus to go away and leave them alone.”  The implication is that the people are more upset over the loss of the pigs and the income than they are pleased about the salvation of a human life.

There is a complex and interesting interplay in this story between the demonic possession and the madman’s faith.  Mark tells us: “When Jesus was still some distance away, the man saw him, ran to meet him, and bowed low before him.”  v. 6.  It strikes me that in this moment of bowing, this man “who could not be restrained” was worshipping Jesus – he was acting in faith.  I am speculating – it’s an issue we won’t completely know this side of heaven – but I don’t think a demon could “bow” to Jesus.  By definition, demons are in rebellion against God.  It seems to me that there is a part of this demon possessed man that was able to see Jesus, run to him, and bow before him.  In other words, that the man himself was asking for help.  And that one bow was enough for Jesus to help him.

Jesus then heals the bleeding woman in an equally fascinating dramatic scene, but this time the drama occurs in quiet.  A woman who has been bleeding for 12 years touches the hem of Christ’s robe and is immediately healed. Jesus asks “who touched me”; he feels healing power go “out from” him.  Jesus heals her where doctors could not.  Jesus heals her without being asked.  Jesus heals her without even knowing he is healing.  But “healing power” leaves him.  Apparently Jesus doesn’t just heal by waving a magic wand.  He gives of himself; power leaves him.  The only requirement was the woman’s faith.  Apparently, if we reach out to touch Jesus, that, too, is enough.

The third and final story of this chapter is the healing of the dead girl.  The girl herself does not ask for healing: her father, Jairus, asks for her.  Jesus responds to his request by healing her with a simple command: “Little girl, get up.”  This healing costs Jesus his dignity: when Jesus says that she’s not dead, but rather asleep, the “crowd laughed at him.”  Jesus is not deterred by the crowd’s mockery, but Jesus, as human must have been hurt by it.

So what’s the takeaway for us in these three stories?  First, in each case, the healing occurred as a result of the most seemingly simple of requests.  A man bows.  A father begs.  A woman touches.  We don’t need to enact any fancy rituals to elicit God’s help.  We just need to bow, ask or reach out.  Our simple request is enough.  Second, Jesus can heal where doctors, strong men, and crowds cannot; he can do things that are impossible for humans.  So we are not to be deterred by human constraints.  Third, Jesus is willing to heal us even though it costs him power, dignity and popularity.

In my own life, I have experienced Christ’s dramatic healings, but I have also experienced his divine delays and his refusals.  These elements are also present in the three stories of Mark 5.  Jesus grants the demons’ request to go into the pigs, but he refuses the madman’s request to stay with him after his healing.  When Jairus asks for help, Jesus first heals the bleeding woman.  His delay may have cost the girl her life.  We know Jesus can heal from afar; he heals the servant of the centurion without having to go there.  But In Jairus’ case he delayed before healing.  Sometimes God says yes.  Sometimes God says not now.  Sometimes God says no.

If it cost Christ everything to do the impossible – to make a way for imperfect humans to live with a perfect God – we can begin to trust Him with all the rest of the details of our lives.  Once we begin to walk in fellowship with Him, we can reach a place where we can trust him no matter what happens.  The more we get to know Him, the more we can be thankful for any condition.  Our sicknesses, for instance, cause us to seek Him.  In doing so, we become closer to His presence.  He works all things for good for those who love Him.  We don’t always know how, but we can hold onto that promise in faith.  We can trust his divine delays.  We can trust even his refusals.

When we reach the place in our journey with God where we discover that we have faith to trust Him no matter what, we discover that God has already done the impossible.  He has healed us of our desire for control.  He has healed us of our doubt.  He has changed us into people who can be sweet, kind, trusting and peaceful.  He has given up everything, in order to make despair impossible.  Joy is possible.  Just believe that, and you can have it.

posted by Caroline Coleman in carolinecolemanbooks.com on December 2, 2011

ps baby foot courtesy of one of the Apple twins